Minta Penawaran
This product is already in quote request list.
Browse the list
SKU: 414319 Category: DIVING ACCESSORES MARES
Tags
Scuba
Browse
The Mares Quad Air Dive Computer’s LED Tank Module is mounted onto an HP port of the first stage regulator, and its main function is to transmit tank pressure data via hose-less coded RF protocol to the dive computer . The dive computer then displays the tank pressure and calculates gas consumption rate and time remaining before reaching the reserve value. For this to happen, the tank module and the dive computer must be paired. The LED tank module features also, as the name suggests, an LED on the top of the tank module body. The LED can be used on the surface before a dive to distinguish between a full and an empty tank without needing a dive computer to display the exact value. During a dive the LED blinks when certain pressure levels have been reached and can thus alert your dive buddy or dive guide when you have reached the half tank mark or the tank reserve.
The tank module turns on automatically upon pressurization to at least 145 psi (10 bar). It turns off automatically when the pressure drops below 145 psi (10 bar). To save battery power, the tank module turns itself off also when the pressure does not change over more than 4 minutes. This prevents unnecessary battery consumption in case of a pressure check well ahead of a dive with the tank left open afterwards, or in case the tank is not closed, and the first stage purged immediately after a dive, or in the case of stage tanks that are left pressurized during the dive even when not in use. The tank module turns itself on again when a difference of pressure of more than 14.5 psi (1 bar) is sensed.
Upon pressurizing the tank module, if a pressure of 2600psi (180 bar) or more is sensed, the LED will blink 10 times in Green color in 4-second intervals. The value of 2600 psi (180 bar) can be set by the user via Android app*.
For battery preservation, the LED turns off after the surface check and stays off until a pressure of 1450 psi (100 bar) is reached (half tank warning). At that point it blinks in Yellow color once every 4 seconds. Once the tank pressure reaches 725 psi (50 bar) the LED blinks in RED color once every second (tank reserve). Transmitter is powered by a CR123A user-replaceable battery – Battery life: 150-200 dives..
Air Integrated computerized monitoring of tank pressure is used to determine a bottom time which depends not only on your depth, but also on your actual gas consumption, increasing your dive safety. In addition, the gas consumption (referred to the surface) is displayed on the computer for more control over your dive. The computer does this via the HP Transmitter attached to your first stage regulator by sampling the pressure drop over time and giving you the rate of consumption in minutes remaining. If the time remaining is greater than the no-decompression limit for your depth it will display the shorter time allowed. 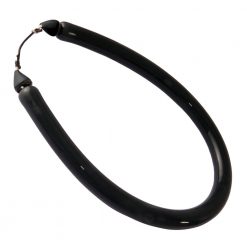 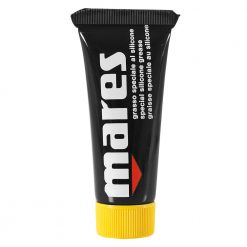 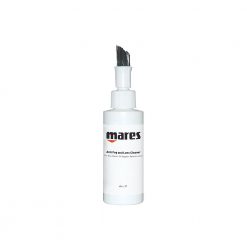 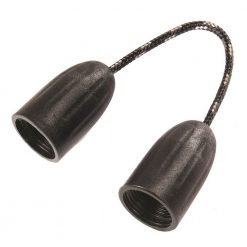 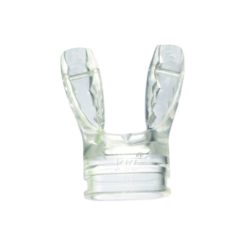